Concussions are mild traumatic brain injuries (TBI) caused by a severe blow to the head. While there are many dangers associated with concussions, its impact on your eyes and your vision have only recently come to light. From 2007 to 2014, a period of seven years, the CDC reported a whopping 60% increase in concussion cases across the country. This only accounts for those reported by emergency room statistics and does not include cases that have gone undiagnosed.

Because of its significant effects on your vision, your trusted optometrist, the professionals at the Northern Virginia Doctors of Optometry, have decided to answer common questions about the link between concussions and vision impairment.

How Do Concussions Affect Vision?

Your afferent system refers to the bundle of nerves that transmit electrical signals from parts of your body into your brain. While concussions rarely affect this system, its counterpart, the efferent system, the nerves that go from the brain into the sensory organs, are largely affected by mild TBI cases.

What Symptoms Can You Expect?

It’s always best to complete a post-concussion treatment with a neurologist and complement it with an eye exam to determine whether your vision has been affected and by how much. The most common symptoms are headaches and impaired mental sharpness. One such issue is photophobia, or light sensitivity, often associated with headaches or dizziness. Other symptoms include reading difficulty and motion sensibility.

Are These Symptoms Immediate?

Onset varies wildly between cases. In some patients, symptoms of vision impairment can occur almost as soon as the concussion takes place; however, in other reports, it may take days before showing any signs at all.

An autoimmune disorder tends to wreak havoc on your immune system, weakening it and leaving your … END_OF_DOCUMENT_TOKEN_TO_BE_REPLACED 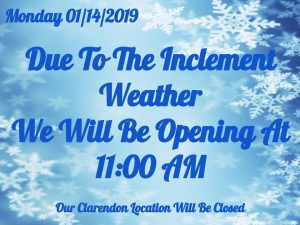